A few months ago I wrote about the special “Library Editions” distributed by JR Cigars. After thinking about it for a bit (though not too long) I nabbed a box of the Flor de A. Allones entry in this series, entitled “The Old Man and the Sea,” for the following reasons:

The Library Edition cigars are all long coronas, as is this one at 6 1/4 inches by a 45 ring gauge. They’re rough looking cigars, and they look like they’ve spent a good long time in the box. Both the bands and the cellophane are yellowed somewhat. The wrappers are stippled, creating a cereal like texture, and some are slightly flecked. The band slips off easily, as if the cigar has contracted over time. All this suggests that these sticks have aged really well.

Reportedly, the wrapper leaf used here is Ecuador Sumatra. It’s rich with oil and much darker than I have come to expect from ECSU. It looks like it has been fermented like maduro would be. The binder is Connecticut broadleaf, and the filler is a blend of Honduran and Nicaraguan leaves. They are made in Honduras by Villazon, the same folks who bring us El Rey del Mundo and Hoyo de Monterrey.

I’ve smoked four or five out of the box so far, and all of them have had great construction. They burn evenly and have a firm draw that yields a nice volume of smoke.

The flavor is typical Honduran — leathery and full bodied with cedary spices. It starts out pretty smooth, but by the middle of the stick it has gathered a peppery bite that grows and grows. By the last third the finish is lengthy and fairly strong. What seems a little unusual, but very nice, is a sweetness that I don’t normally expect from Honduran cigars. It’s a very secondary flavor, but combined with the leathery aroma it really distinguishes this cigar from other Hondurans. It’s also much smoother than I expected. What this A. Allones reminds me of more than anything is the way El Rey del Mundos perform after a couple of years in the humidor — tamed down from their fresh and savage youth, but still very tasty.

This is a full-bodied cigar worthy of your next fishing trip with the old man. Just don’t forget the beer. By the end of one of these spicy Allones, you’ll be hankerin’ for a cold one. 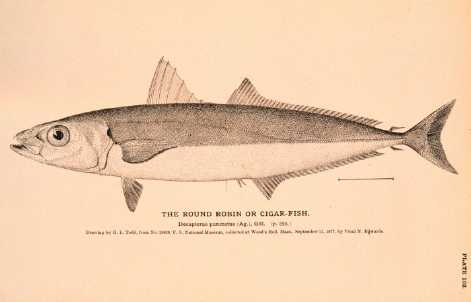