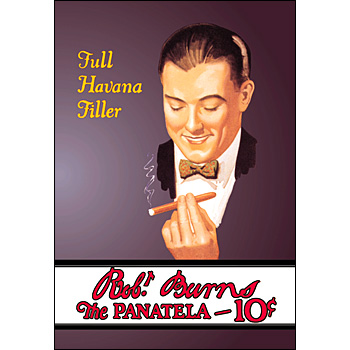 It was about a year ago when I first started posting reviews on this blog, so it’s a good time to look back and remember the great cigars of 2006. But first a couple words about the reviews that have appeared here for the last year or so…

The reason why my reviews are straight narrative without a number or grade rating is that I have a really hard time committing to a number. I just can’t smoke a Punch Gran Puro and say, hmmm… you are an 89. Or maybe I can, but I know that in a week or two, under different conditions, I’m going to say about the same cigar, hmmm… you are an 85, or you are a 91. And more often than not, it isn’t because the cigar is inconsistent. It’s because I am inconsistent.

But that doesn’t mean that I don’t keep records for myself. I actually do assign a number to the cigars I rate, but I keep it private for the above stated reason. I also tend to rate cigars low for some reason, which might lead someone to the wrong conclusion. Only one cigar made it above a 90 this year, and that was a Bolivar Royal Corona from the Island That Dare Not Speak Its Name. (Which scored a 92, incidentally. Man, that’s a great cigar.) But I’ve kept this blog to cigars available in the United States, and I plan to keep it that way.

So in the spirit of “Auld Lang Syne” I have gone through the ratings in my cigar journal and with some difficulty I have narrowed down the top ten cigars of 2006. Again, I find this sort of thing capricious at best, but it’s New Year’s Eve, so what the hell. Here goes.

I haven’t reviewed the Havana Soul yet, but you can be sure that at some point I will. (The rest in the list have been linked to the reviews.)

And now for a prediction: 2007. What will it be for the stogie fanatic? Where will the new year take us? I can see a glimmer on the horizon, a twinkling beacon that is calling out the name of Jose “Don Pepin” Garcia. I predict great things this year for Don Pepin. If the quality of his cigars can withstand his growing popularity, if quality isn’t sacrificed for quantity, I think some of the best cigars available in the U.S. will be coming from El Rey de los Habanos.