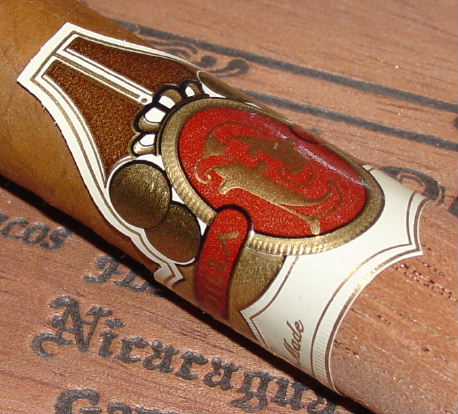 I’ve always liked the Padilla cigar band. It’s a little bit too big for a robusto sized cigar, but it’s bold without being overbearing — it’s an unusual and striking shape, with a blunted peak at the top. It always intrigued me, but I never really recognized it for what it was until I read an interview with Ernesto Padilla where he said that the crown of the image represents the nib of a fountain pen, in tribute to his father, the Cuban poet Heberto Padilla.

I do have a few interests outside of cigars (believe it or not) and one of them is literature. I hadn’t heard of Heberto Padilla, so I checked out a book of his poems from the library. His poems are like a great cigar: balanced, full flavored, and serene.  He was a true artist, and instead of a cigar review I’d like to offer a brief biography and a selection from his work with the sincere hope that you will look into it as well.

Remembered primarily as a man of letters, Heberto Padilla was initially a supporter but later an outspoken critic of the Castro regime. He was born in the province of Pinar del Rio in 1932, and his first book of poems was published at the age of 16. Soon after that he went to the United States and spent most of the 1950’s here. In 1959 he returned to Cuba with great optimism for the future when the dictator Fulgencio Batista was overthrown. He took an active role in the new revolutionary government, helping to edit the literary weekly Lunes de Revolucion with his friend, the great Cuban writer Guillermo Cabrera Infante (who incidently wrote my favorite book about cigars, Holy Smoke.) Padilla also reported for the government press agency from Eastern Europe and Moscow, places that would give him further insight into the threats that communism might one day pose for Cuban artists.

Gradually the political climate in Cuba began to chill and Padilla saw the threats of oppression take hold — the govemment discontinued Lunes de Revolucion, refused to publish Cabrera Infante’s work, and in 1968 Padilla himself became the focus of controversy.

Padilla’s book of poems, Fuera del Juego (Out of the Game) was entered into the Julian del Casal poetry competition, a contest sponsored by the Cuban Union of Writers and Artists. Despite state pressure on the judges to deny him the award, the judges agreed: even with its open criticism of the Cuban government’s treatment of artists and writers, Fuera del Juego was the superior entry. It was published, but under a shroud of suspicion cast by a preface that warned readers about its dangerously counter-revolutionary tendencies.

Padilla continued to write and air his controversial views despite the climate of hostility gathering around him. In 1971 he read from a collection of poems brazenly called Provocaciones, which led the regime to finally exercise its despotic power over the poet: he was arrested, jailed, and brutalized; his wife, the writer Belkis Cuza Malé , was arrested without cause, and finally he was forced to appear before the Writer’s Union to confess his work as counter-revolutionary. He was also made to denounce other writers, including his wife, as traitors to the revolution.

After a sentence of forced labor, Padilla was allowed to work as a translator while under government watch. He was not allowed to publish, but he managed somehow to get some of his poems to the United States where they were published in the New York Review of Books and later collected in the book Legacies.

In 1980, Castro unexpectedly allowed a number of dissidents to leave Cuba, and with the support of Senator Ted Kennedy and the author Bernard Malamud, Heberto Padilla was able to emigrate to the U.S.

Song of the Juggler

between your orders and my songs.

It goes on all the time:

It knows neither tiredness or sleep–

a battle that has gone on for many years,

so many that my eyes have never seen a sunrise

in which you, your orders, your arms, your trenches

in which, aesthetically speaking, my rags

and your uniform face off.

it only lacks dazzling stage sets

raising a rumpus as they do in carnivals,

each one showing off his loyalty and valor.

General, I can’t destroy your fleets or your tanks

and I don’t know how long this war will last

but every night one of your orders dies without

and, undefeated, one of my songs survives.