The Trojes revolution that started with the Tempus blend in 2008 is still going strong. Not long after the Tempus was released, Alec Bradley unleashed the Trojes-wrapped SCR (Select Cabinet Reserve) and about a year later the Prensado appeared on the shelves. Since then, leaf from this small Honduran village has almost become synonymous with Alec Bradley. 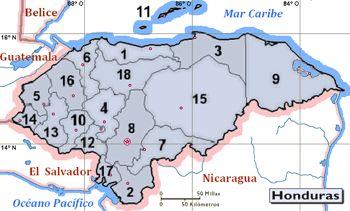 Las Trojes is a tiny border town about 40 miles east of Danli, the heart of cigar making operations in Honduras. The Jalapa valley is just across the border in Nicaragua, and Esteli is a few more miles down the road, or what passes for a road in this part of the country. This is solid tobacco country, and Alec Bradley seems pretty happy with it. They’ve gone so far as to trademark the name Trojes, so it seems certain that this isn’t the last we’ve seen of this fine leaf.

For the Prensado the blenders have chosen an aged 2006 Corojo wrapper from Trojes, a binder from Jalapa, and a Nicaraguan-Honduran filler combination. The cigar is pressed, which is nothing new for the company (remember the Trilogy?) but this fact is emphasized by the name — prensado means pressed in Spanish.

The cigar is made in the Raices Cubanas factory in Danli, where the Tempus is also made (along with many other cigars for various manufacturers.) Five sizes are in production:

The Prensado Robusto is clearly pressed, but it’s not a severe press — a little more than box-pressed, but not a lot more. The wrapper is a dark colorado maduro with some inconspicuous veins. The head of the cigar is somewhat flat with classic Raices Cubanas finishing, including a smoothly executed triple cap. The draw is excellent and the burn is slow and mostly even. The ash is dirty gray, striated with black, and holds well.

The pungency of the pre-light tobacco comes through almost immediately as leather, and the smoke has a lengthy finish from the start. There is a peppery edge to it, which is supplemented by a sweet, nearly fruity accent. It is full-bodied, but smooth.  The combination of flavors here is impressively complex, which is unusual for the first inch of a cigar.

Flavors of cocoa or chocolate emerge after an inch or so into the cigar. The leather remains in the background while the pepper fades a bit. The fruity accent seems to evolve into a minty, cameroon-like flavor. Taken as a whole, the combination of flavors here is really interesting.

The Prensado sails into band territory balanced and smooth, but it still hasn’t completed its voyage. The cocoa takes on a caramel-like tone, over which is laced a touch of vanilla. The cigar gets a bit sharp at the very end, but this is after an hour long journey with some gorgeous vistas.

The Alec Bradley Prensado is a fantastic cigar with a rare combination of complexity, smoothness, and body.  What is even rarer is that it wastes no time in getting to work — from first puff to last there is something to savor here. We’ve all had the “sweet spot” experience, but the Prensado seem to be all sweet spot.  The combination of leather, cocoa, sweetness and spice is extremely well balanced, and the construction is just about perfect.

The robustos are in the 7 to 8 USD range, and I’d say they’re worth the expense. It isn’t often that I enjoy a cigar from beginning to end, so I feel like I definitely got my dollar’s worth out of this one. The only thing I didn’t like about the Prensado is how long it took me to discover it.

Other Reviews of Note

The Toasted Foot examines the Robusto

Barry checks out the Robusto for A Cigar Smoker’s Journal

CigarChoice gives the Gran Toro a thumbs up

The Stogie Guys are a little underwhelmed by the Robusto