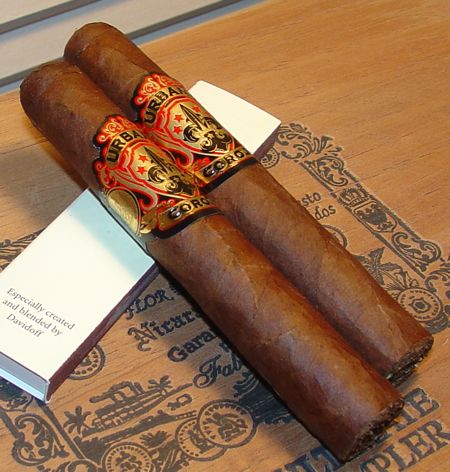 It is with some trepidation that I call Urbano Cigars a “boutique” manufacturer because the term has become a little shopworn. The word has become a mantra for the marketing departments of almost every cigar company, big and small, and I have consequently become wary of it.  But at this stage of the game it appears that Urbano Cigars is in truth a boutique manufacturer, and while no company wants to stay small forever, Urbano is committed to maintaining quality over quantity.

Urbano cigars are made in the Dominican Republic and limited to a total production of 75,000 cigars per year. The Corojo is their flagship blend, a Dominican puro with an assertive corojo wrapper. (The other primary blends are the Connecticut and the Sumatra.) The wrapper is triple fermented for smoothness and aged for three years.  The assembled cigars are then seasoned for at least 90 days before banding and boxing.

The rollers employ entubado bunching, a time-consuming process whereby the filler leaves are rolled into tiny tubes before bunching. This improves the cigar’s draw and eliminates the likelihood of plugging.

Four traditional sizes plus a Sixty are in production:

The wrapper on the Urbano Corojo is a weathered, veiny, and rustic colorado maduro. The veins are a bit puckered in places, which I’ve seen on other Dominican wrappers (like La Aurora’s Cien Años) and I usually take this to be a good sign. The cap is functional but adds no aesthetic value to the cigar. I guess this cigar is meant to be smoked and not framed. Very well then.

The draw is excellent, but the burn is not. Over the years I’ve discovered there is a prima donna factor to be reckoned with when smoking certain cigars. Sometimes a difficult burn is an unavoidable side effect of complex flavors — it’s like putting up with a virtuoso’s personality defects. You rarely get an opera star without some temperamental antics. And the corojo wrapper on this cigar is a great example of that. It reminds me a little of the Habana 2000 that was used a few years back — great taste and aroma, horrible burn. It’s a trade worth making. Just keep your lighter handy. 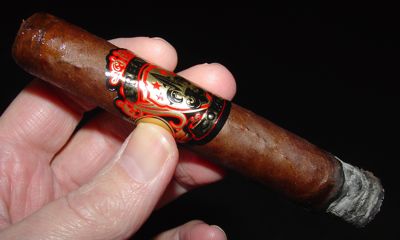 The Urbano Corojo robusto skips the overture and goes straight to the aria. That’s a diva for you. (Maybe I should say divo instead. There isn’t anything remotely feminine about this cigar.) From the opening bars the flavor is complex and hearty, spicy but not harsh. There are notes of leather, grilled meat, pepper on the back of the palate, and sweet caramel on the nose. The smoke is medium in texture but full flavored. The spice gives the illusion of greater strength, but as the cigar mellows a bit in the middle section it seems on the full side of medium.

The flavors calm down a bit in the second act, but leather and spice predominate with the addition of cocoa and a touch of citrus on the nose. The cigar winds down with charred wood and can get a bit sharp as the curtain falls.

The complexity and temperament of this cigar demand attention from the smoker, and that’s not entirely a bad thing.  I don’t mind touching up a cigar every once in a while if the flavors and aroma are outstanding, which here they are. How’s the phrase go? With great flavors come great responsibility? Hmm. Maybe not. In any case, the Urbano Corojo is not an effortless smoke, but in my opinion it is worth the effort.

Urbano cigars are currently available only from brick and mortal retailers or directly from the Urbano Cigars website. The price for the robusto is around $7 USD. 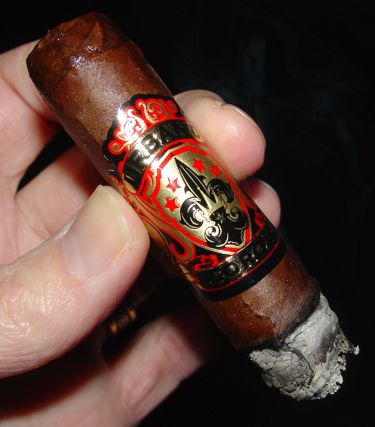