Draig Cayuquero was one of the best cigars I’d smoked a couple years ago, so I stored a few away to see how they’d age. As a limited edition cigar blended by a cigar maker who is now retired, they can be a bit difficult to find, but at the time of writing they’re still available from at least one online retailer.

Gary Griffith was responsible for some stellar cigars before he retired, and for me the Draig Cayuquero is the pick of the litter. “Draig” is the Welsh word for dragon (as pictured on the national flag of Wales) and “cayuquero” is Spanish for a troublemaker. A Welsh troublemaker. Imagine that. Specifically it referred to Noel Rojas, Griffith’s partner in crime here. The Draig Cayuquero was made by Rojas in Nicaragua.

The Cayuquero features a Brazilian Arapiraca wrapper over a Nicaraguan binder and filler from Jalapa and Esteli. Four sizes are still available (only from Cigar Federation, as far as I can tell.)

Time for a thorough inspection: 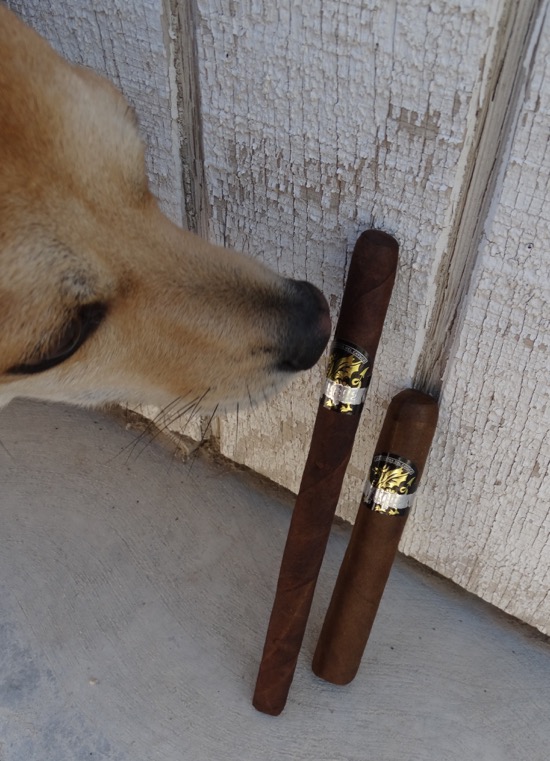 I smoked the Cayuquero in both the robusto and the lancero sizes, and while they tasted and performed in a similar fashion, the wrapper on the lancero was a bit darker. Both cigars are well rolled, though the robusto did have a soft spot near the band. The Apapiraca wrapper is a rich maduro in color. The darker lancero was slightly mottled but both cigars were smooth, even a little oily.  The draw in both sizes was very good. The burn line wavered a bit at times, but not to the point of distraction.

Both cigars start out with a bang: pepper and dry wood. The tannins are quite pronounced to begin with. After half an inch or so, the flavors begin to mellow. The lancero was a little more graceful in its transition, but both sizes cross gradually into bittersweet chocolate territory. 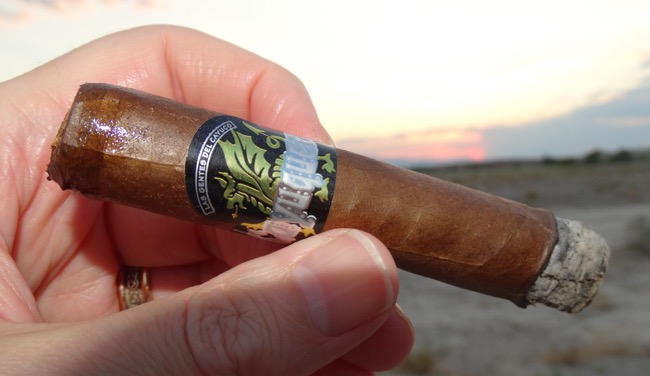 After the mid-point the woody flavors are replaced by earth and coffee. The smoke on the nose continues its sweet theme, however. At times I thought I detected caramel, other times I thought it might be brown sugar. In any case, the blend of earthiness, pepper, and caramelized sweetness is quite nice.

Things turn a bit darker in the last third. The Cayuquero starts out in the medium bodied range, but in the last stage it becomes full bodied, peppery, and a little bit too earthy for me.  When the aroma is overpowered by pepper and char on the palate, I tap out.

Although the aged Draig Cayuquero didn’t live up to the memories I had of it from a couple years ago, it’s still a great cigar. It could be that they’re better fresh, or it could be my mercurial palate.

In any case, these troublemakers are still well balanced and complex maduro-style cigars. If you’re up for a full-bodied treat, they’re still available from Cigar Federation for around $10 each.