The story of Nicaraguan cigars is a dramatic one, spiked with crises but crowned by the achievements and endurance of its people. Today some of the best cigars in the world are coming from Nicaraguan fields, but it hasn’t always been easy for the vegueros and cigar producers of this small Central American country.

As usual, the history of Nicaraguan cigars begins with the exodus of 1959 when the great Cuban cigar makers left Cuba in search of new land to grow tobacco and roll cigars. While cigarette tobacco had been cultivated in Nicaragua for years, cigar tobacco had not been supported until the Somoza government found a way to take advantage of Castro’s revolution — they would take some of Cuba’s best cigar men, and some of Cuba’s best tobacco seeds, and finance a new industry for Nicaragua. Among the great cigar producers who played a part in this are Plasencia, Padron, Oliva, and Bermejo. Others would follow in time, but first, more disasters.

The Somoza dictatorship would fall to the Sandinistas in 1979. The tobacco corridor in northern Nicaragua was in fact a seat of activity for the revolutionaries, so the farms and factories of the region were quickly liquidated and the property redistributed under the new socialist government. Most of the production was redirected toward burley, cigarette tobacco, for Eastern European markets. Volume was the goal. The Cubans once again assisted by allowing tainted seed to infect the Nicaraguan crop with blue mold, and the production of wrapper leaf was virtually extinguished.

Up till this time Nicaragua was producing some of the finest premium cigars available anywhere, competing successfully with the top Cuban brands. The main brand, Joya de Nicaragua, became the standard. The Sandistas ended all that, but not forever. The roots of the great cigar families remained while the political storm would blow over.

The cigar industry would revive again with the election of Violeta Chamorro, ending the reign of the socialists. The Padrons, the Plasencias, and all the rest would start again, with only one more crisis to weather: in 1998, Hurrican Mitch struck Nicaragua with devastating effect. In some parts of the country, a year’s worth of rain fell in four days, rain that fell for seven days without cease. Rivers swollen ten times their normal capacity washed away bridges and houses and the rain caused avalanches that killed thousands. The country was left in ruins with more than 70 percent of its physical infrastructure destroyed. The tobacco farms and cigar factories were all affected by this. On one of the Padron farms the topsoil was literally washed away, leaving a field of rocks.

Once again, the farms would start over. And once again, Nicaraguan cigars would be recognized as some of the best in the world.

The capital of Nicaraguan cigar production is in Esteli, a northern town of about 100,000 that has been largely supported by the tobacco and coffee industries. There are several major cigar factories– some of the biggest being Padron’s Cubanica, Segovia (Plasencia), Tabacalera Perdomo, NATSA, and Kiki Berger’s Tabacalera Esteli. Following the road north leads to the Condega valley, home to tobacco fields and factories, including the maker of Felipe Gregorio’s Nicaraguan blends. Finally, veering east from Ocotal and across miles of the worst roads imaginable one lands in the Jalapa valley, the jewel in Nicaragua’s tobacco crown. 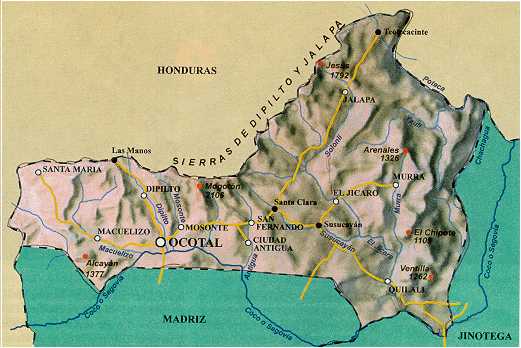 Nestled against the Honduran border, the Jalapa valley is extremely remote. Its proximity to the border along with its isolation made it a staging ground for both Sandinistas before the revolution, and for the Contras later on. Today the valley is known for its lush, moist microclimate that many Cuban expatriates have compared to Cuba’s Vuelta Abajo.

Tobacco grown in Esteli is considered to be stronger than that grown in Jalapa, and is usually used for filler, while Jalapa leaf is sweeter but still rich, and more suitable for wrapper. Condega leaf falls between the two in strength and texture. The varieties of tobacco found in the northern tobacco corridor have Cuban origins, most having been smuggled out of Cuba directly into the hands of the Nicaraguan tobacco growers. Some of the more recently developed varieties such as the Habana 2000 corojo hybrid for wrapper and Criollo 98 for filler are also being grown and developed in Nicaragua.