The original Siboney was a pre-revolution Cuban cigar, named for the small  town east of Santiago de Cuba. Interestingly, Siboney is where U.S. forces landed in the first days of the Spanish-American war. Decades later it was also the site where Castro gathered with his men before their attack on the Moncada Barracks, generally considered the start of the Cuban Revolution.

The original Cuban Siboney cigar is no longer in production, but that of course bars no one from riding its illustrious coattails to marketing bliss. (Illustrious may be overstating it. So may bliss.) Famous Smoke appears to have the rights to the brand name (these people notwithstanding) and they market two different blends under the Siboney name. 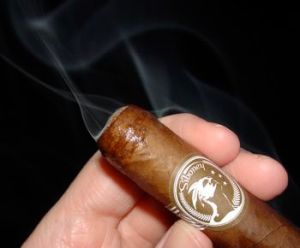 The “traditional” Siboney is a Honduran bundle cigar made by Alec Bradley. The Siboney Reserve is a Nicaraguan near-puro made at Pepin Garcia’s Nicaraguan factory, My Father, in Esteli. The Reserve is packed in boxes, but it’s still designed to be an economy cigar.

The Reserve version’s best feature, in my opinion, is its wrapper — an aromatic Nicaraguan Habano Rosado leaf. The filler is Nicaraguan corojo, and it appears to have a double binder: Nicaraguan Criollo ’98 and Honduran Habano.

Only three sizes are currently in production:

The Siboney Reserve Robusto is a nice looking stick, but it doesn’t really compare to higher-end cigars coming out of the My Father factory. The wrapper is a slightly mottled colorado maduro that is a little less ruddy than what I would expect from the “Rosado” billing.  It’s somewhat dry and veiny, but otherwise attractive enough. 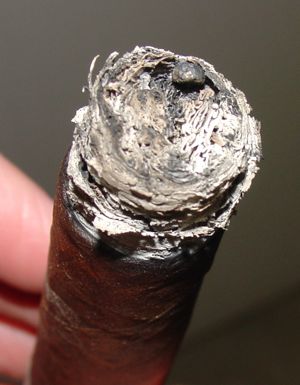 The trademark Pepin triple-cap is present, but it’s not as nicely finished as other Pepin smokes. The head is rounded with a patch on top. The draw is on the loose side, and one of these was seriously underfilled.  The burn is too quick, but it manages to keep the heat under control. The ash is crumbly, loose, and flaky.

Overall fair construction. This is a long-filler cigar, but without prior knowledge of this I’d guess it was a well-built Cuban sandwich. A little disappointing.

The Siboney Reserve Robusto is a fairly straightforward, medium-bodied, woody Nicaraguan style cigar. It opens up a little grassy with an oaky aroma and a whiff of vanilla. Some light pepper notes crop up after half an inch or so, but it is quite mild for a Pepin blend. 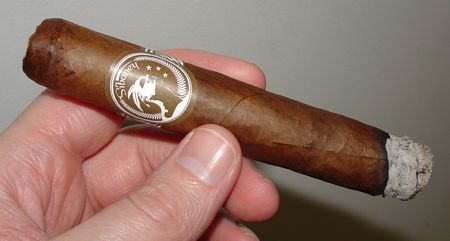 The middle section is woody with some light spice, but mostly it tastes of simple tobacco. The aroma is the centerpiece here, maintaining a steady flavor of wood with continuing hints of vanilla. The smoke is rough on the tongue at times.

The last third is dry and peppery, but the oaky aroma shines through. Half an inch before the band it develops a papery aftertaste and quickly turns ashy .

The Siboney Reserve is not a bad cigar, but it’s not a great one either, especially coming from a factory that produces some of the best cigars in Nicaragua. This one reminded me a bit of the Tatuaje Series P, the broke man’s Tatuaje. I recommend to all broke men (and women) being one myself (broke, not a woman) that smoking one or two really worthy cigars a week is far better than to smoke garbage all week long. Not that this cigar is garbage exactly, but it’s not a DPG Black either.

Boxes of the robusto are priced well at around 80 USD, which makes it a near-bargain cigar, but you can probably do much better without looking too far.