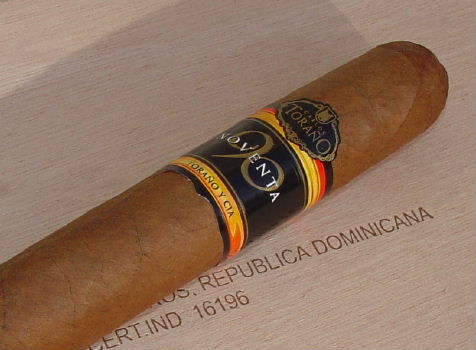 When Daniel Ortega was elected President of Nicaragua last November, cigar makers and aficionados everywhere had to step back a moment and remember what happened the last time Ortega’s party was in power. When the Sandinistas assumed control in 1979, tobacco farms and factories were seized by the government and the Nicaraguan cigar industry was essentially decimated; cigar manufacturers took what tobacco they could and ran for the border to Honduras or other more hospitable countries. Tobacco production in Nicaragua was eventually retooled for cigarettes to be marketed in Eastern Bloc countries.

So when Ortega came back like a bad penny last November, Philip Wynne of Felipe Gregorio cigars did what seems the sensible thing — he got out of Dodge and moved his operation to the Dominican Republic. But the Toraño family evidently has no fear. Instead of leaving, or even hedging his bets, Charlie Toraño decided that they would go ahead with plans for a new facility four times the size of their current one in Esteli. The new factory will be set on a 30 acre campus complete with areas for social events and tourist attractions; in fact, Toraño says they want the new factory to have the air of a winery where people can relax and learn about the history of Toraño’s four generations in the business.

And if this weren’t enough, there’s the name of the new facility: Esperanza, which was the name of the Toraño farm in Cuba. It was confiscated by the Castro government in 1959 and led to Carlos Torano’s famous escape to the Dominican Republic with the seeds that would become known as piloto cubano, one of the great stories and historical milestones in the history of cigars. Esperanza is Spanish for hope, and hope is certainly alive in Nicaragua.

To celebrate the 90th anniversary of the founding of the company (dated from 1916, the year Santiago Toraño emigrated from Spain to Cuba,) Toraño Cigars released the Noventa. After five years of aging, the final product was released late last year. Noventa is a Nicaraguan puro utilizing a nearly flawless habano wrapper, a habano binder, and a complex blend of fillers from Jalapa, Esteli, Condega and Pueblo Nuevo. The names of the three available sizes are reflections of Toraño’s heritage: Santiago, a 5 x 50 robusto named after the patriarch of the family; La Esperanza, a 6 x 52 toro named for the original farm in Cuba; and Latin, a 6 1/4 x 54 torpedo named after the current business moniker.

The toro size Esperanza has a smooth shade-grown appearance with a slight sheen to the wrapper. A couple of discreet veins pop up toward the head from under the band. The foot reveals some dark leaf, and the pre-light scent is mildly spicy. The cap is smooth and shiny and applied in the flat Cuban style. A very attractive cigar.

I was expecting a bold spicy start typical of Nicaraguan puros, but what I got instead was a very smooth, nearly creamy smoke. The base flavor here is wood with a touch of cedary spice. The draw is perfect, and the burn is as close to razor straight as I’ve had in a long while. The flavors and aroma remind me of a Padron 1964 natural, though perhaps not as bold. The same smoothness and woody profile is there though, with maybe a little more sweetness on the nose.

There wasn’t too much development here, just a very relaxing spritely cigar with gentle spices jumping all over the palate — cedar, juniper, maybe a little vanilla bean. Never overbearing, perfectly balanced, and smooth as silk. I’d rate it a solid medium in body, though the smoke texture itself is a little bit heavier than that. It’s not heavy the way highly spiced Nicaraguan cigars can be — it’s substantial, but refined. I enjoyed this smoke for a good hour and fifteen minutes, pausing once to remove the band and wonder where the time went.

The Noventa is a great cigar worthy of the Anniversary status conferred upon it. The bad news is that it’s very expensive. At around 11 USD this isn’t going to be an everyday smoke for most people, and it probably shouldn’t be. Since Noventa means 90, I would prescribe one every 90 days. Even if you need to scrimp a little the rest of the week — have a Mayorga or a Maria Mancini instead of that Ashton –I think it’s worth the sacrifice.