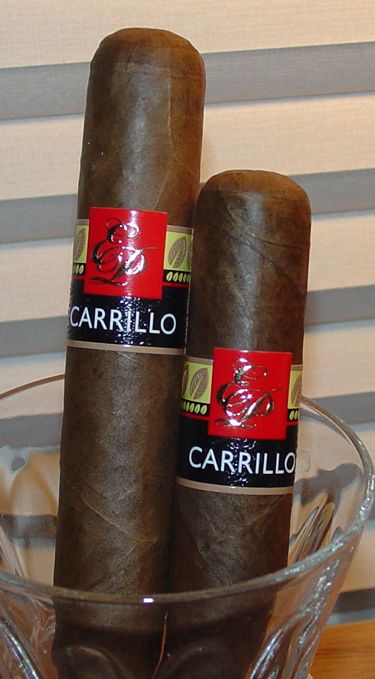 Ernesto Perez-Carrillo is best known as the blender of La Gloria Cubana, El Rico Habano, and as the former owner of the El Credito Cigar Company. His father, Ernesto Perez-Carrillo, Sr., had been a tobacco buyer and a member of the Cuban Senate before the revolution. He started the company in 1968, about a decade after he brought his family to Miami. Four years after the company was established in Miami, he acquired the rights to the Gloria Cubana trademark.

The young Ernesto was an aspiring musician, and he entered the cigar business on a part-time basis. But when his father passed away in 1980 he took over El Credito and became a full-time tobacco man. El Credito was a fairly small-time operation in the early 80’s, making mostly short filler cigars and barely squeaking by financially. But in 1992 Cigar Aficionado gave the LGC Wavell a 90 and the business started rolling in. Almost two decades of continued success followed, after which Ernesto sold the company to Swedish Match/General Cigar.

In 2009 Perez-Carrillo re-entered the industry with his children as business partners. He wanted to make a cigar that was different from LGC or El Rico Habano, and he was willing to step away from the trend for bigger, bolder cigars. The E.P. Carrillo 2009 inaugural cigar was just that — with an unusual and limited supply of an Ecuador Habano wrapper leaf from ASP tobacco he was back in it again. After that came the “Short Run,” yet another limited edition.

The “Core Line” is described by Ernesto as a cross between the Inaugural 2009 Edition and the Short Run, but it presumably will be more consistently and widely available. The wrapper used is an Ecuadorian Sumatra from the Oliva Tobacco Company and the filler is roughly 80% Nicaraguan and 20% Dominican. The Core Line also employs a double binder from Nicaragua.

The exterior of the Core Line is bumpy and veiny, but the color is an even colorado maduro. The triple cap is finely crafted and the roll is solid. The burn is a little uneven at times, and the ash is a bit crumbly. She may not be the prettiest debutante at the cotillion, but we’re going to burn her and leave her in the ashtray anyway. (I hope my wife isn’t reading this.)

The EPC Core Line opens with a grassy flavor and a dry, somewhat tannic finish. The aroma is very nice from first light though — mild cedar with notes of vanilla and butterscotch.  After an inch or so the texture becomes almost buttery.

Nutty flavors take over in the mid-section, but the aroma continues to steal the show. It’s floral like Connecticut shade, but woodier. I noticed a touch of salt on the tongue as well.

There isn’t a whole lot of complexity to this cigar — the flavors just continue on the same nutty trajectory until they fall just before the band to a prematurely ashy end.

The EP Carillo Core Line is a welcome addition to the medium-bodied cigar market. It could easily be enjoyed as a morning or mid-day cigar, or even a dinnertime smoke if you prefer medium-bodied fare. The aroma is expressive enough to compete against most Connecticut Shade style cigars, although it is a bit heavier than most shade sticks. In any case it’s one of the nicer mediums I’ve smoked this year. I just wish it had a little more staying power though the last third.

Prices for singles are in the $5 USD range, and boxes run around $115-140. That results in a pretty reasonable price to quality quotient. 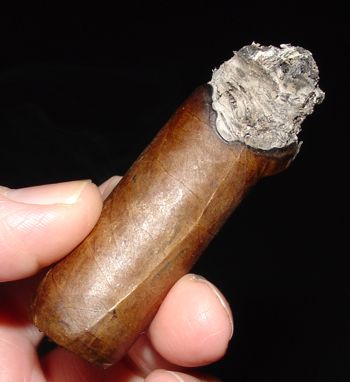