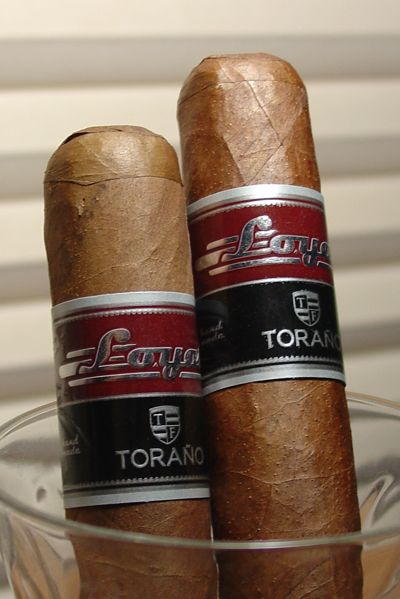 Cigar marketing is almost always directed at smokers who go for a certain style. The broad categories are well know — there are the mild-to-medium bodied cigars that appeal to a certain group, the heavy-duty ligero bombs that appeal to another group, and then there’s the boutique crowd.  There is some cross-over, and a lot of advertising flim-flam, but achieving real distinction within a certain style can’t be easy for a new brand or line.

The group that Toraño’s Loyal is aimed at is my group: the value crowd. Toraño is an established name with an excellent reputation for producing fine smokes, and most of them are priced quite reasonably. And a nice price point is nearly as compelling as an ad featuring pretty girls in bikinis. (Nearly. I said nearly.)

Toraño’s Loyal blend was introduced in 2011 as a way of “providing outstanding value to cigar lovers.” Most cigars made by Toraño have a high quality-to-price ratio anyway, so I was interested to see what they would come up with when the bottom line was the bottom dollar.

The Loyal is a three-country blend: the core is composed of Dominican and Nicaraguan tobaccos, which are then wrapped up in a Nicaraguan binder, and the cover leaf is a Sumatra-seed leaf from Ecuador. The cigar is available in four sizes: 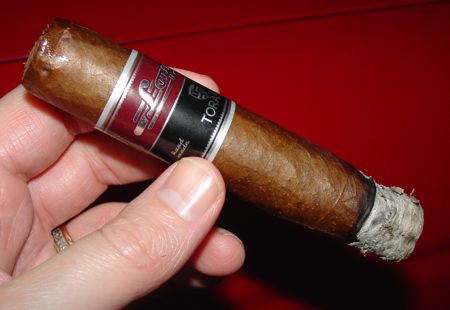 The wrapper on the Loyal Robusto is a dark and mottled colorado leaf with considerable tooth. It’s also very thin and prone to cracking, but the two sticks I smoked for the review survived mostly intact despite some fine wrapper splits. The cigar has a flat head and the cap is cleanly finished. The draw is a bit loose, but since that didn’t affect the temperature of the smoke I didn’t count it a serious flaw. The burn, in fact, is even and slow and mostly on the level. The ash is a little flaky due to the thin wrapper, but it’s solid and holds well.

The Toraño Loyal Robusto is a smooth and easy smoking cigar. The first half is characterized by caramel and graham cracker flavors, and the fragile wrapper contributes a sweet and complex aroma. There is just a touch of dryness on the palate. The smoke is medium in texture, but fairly mild in strength. The second half brings out more cocoa and coffee flavors while the aroma remains soft and sweet.

There is a gentle transition from the first half to the second of this robusto, but it goes easy on the drama. The subtle complexities of the aroma could easily be overpowered by stronger tasting filler leaves, but that doesn’t happen here. This blend’s primary virtue is balance.

Toraño’s Loyal was designed with value in mind, and value it certainly delivers. It’s not exactly a “bargain” cigar, but the MSRP is around $5 USD for the robusto; add two bits for the larger sizes. Value aside, the Loyal is also a fantastic cigar to pair with a cup of coffee.

Lately I’ve been brewing coffees from Washington, Pennsylvania’s 19 Coffee Company. I’ve sampled three different offerings from 19, and they have all been remarkably smooth. Even their Bold blend, which is a rich and full-bodied french roast style coffee, is also as smooth as a china cup. Their Centrals have been extremely well balanced for light-roasted coffees. My wife is especially fond of the Guatemalan Trapichitos, in which she finds a caramel note that she really likes. Any of these coffees would be a great companion for Toraño’s Loyal.